You don’t need to worry about your and the team’s medical situations if you got a Sage on board. Yes, you heard me right. From slowing the movements of your opposition to performing resurrections, Sage is the ultimate support agent in Valorant which is picked in majority of matches be it unrated or competitive.

Sage’s abilities do prove to be a nightmare for the opposition. Her walling ability does give a chance to block the vision for an incoming wave of threat while her Slow Orb lowers the enemy movement thus gaining intel from some highly debatable areas. The wall also enables her and the teammates as well to boost on top of it for some uncommon and unique angles to engage in some duels.

Below we’ll discuss about all of her abilities and provide some insights to help you get the most out of them.

This one is the most basic but helpful ability of Sage. Upon holding it out, you can heal your injured teammate by left clicking on him. It’s not necessary that you should be standing next to in front of the injured ally as it can be done over a specific distance which falls in your line of sight. This healing orb can be used to restore your health as well just by right-clicking when held out. Whether it’s you or your teammate, this ability won’t heal anyone of you instantly and would thus take a shorter amount of time. In addition to the above, this ability won’t help you to recover your broken armor as the damage would be permanent.

This is one of her strongest abilities in the game, an orb which upon tossing on the ground, explodes and spreads into an icey coating all over the ground substantially slowing any enemies that attempt to move through it. This Orb can bounce off surfaces as well before landing to explode.

It might act as a nuisance for your team as well which would instead slow them down thus making them vulnerable in some aim duels.

This ability of Sage is yet another orb which goes by the name “Barrier Orb”. Sage can build this barrier in essentially any place in any direction. This could help in blocking off certain entry points when playing on the defense or while playing on the offensive side in a bid to guard the planted spike from the opposition. However, Sage can use this wall to boost herself and her teammates as well to peek the enemies from some unexpected and creative angles.

By clicking on the ability key for the second time, Sage stands a chance to change the alignment of wall allowing her to build it either in a perpendicular or a parallel manner.

Sage’s Ultimate ability is the Resurrection. You can either collect the orbs present on the map in each and every round or gain them by getting kills though the latter being a quickest way to charge up your ultimate.

Once your ability is charged and good to go, you might want to go near a corpse of your teammate, where you will have to press your Ultimate’s hotkey and left click on the dead ally. This would culminate into a short animation where the resurrection would seem to take place thus reviving your ally with full health but without an armor.

While going for the resurrection, you might want to be vigilant of any enemy presence that might catch you off guard in between of you performing the former action. 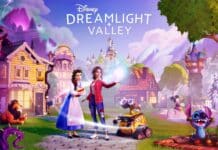 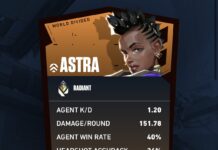