The night of 24th May concluded the group stage of the Skyesports Champions Series and we got the six teams that qualified for the LAN. These teams would now battle it out starting 31st May in order to get a chance to represent South Asia at Stage 2 VCT APAC challengers and face the might of SEA.

From Group A we have Engima Gaming, Global Esports, and Revenant esports making it to the playoffs with the last match of Team Valor and Prime 5 going Team Valor’s way putting GE above Revenant. Though we could’ve been able to watch Val Classico on the first day if it were another way around. 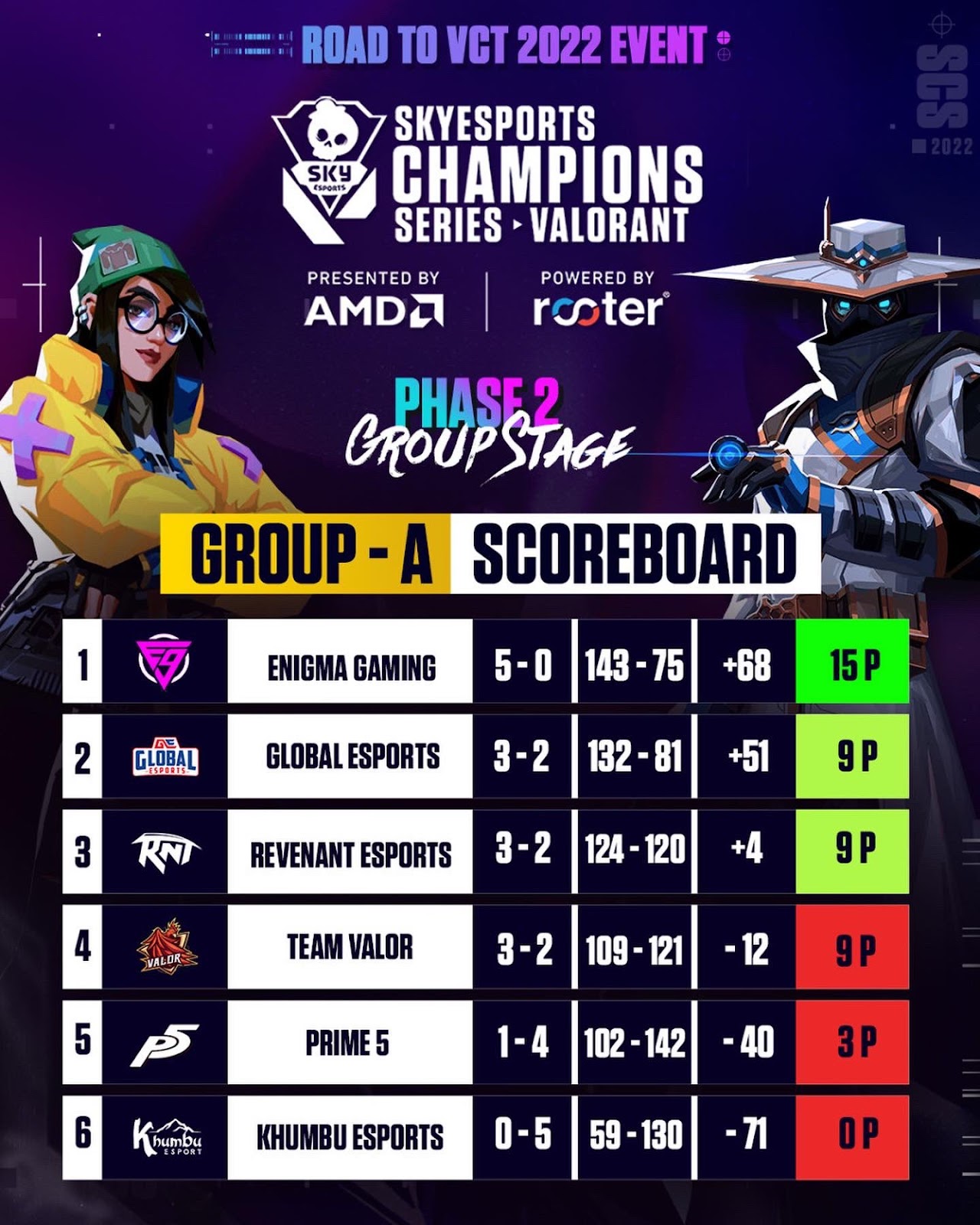 From Group B we have Orangutan, Velocity Gaming, and Full Power Gaming making it to the playoffs with Orangutan as the top seed. 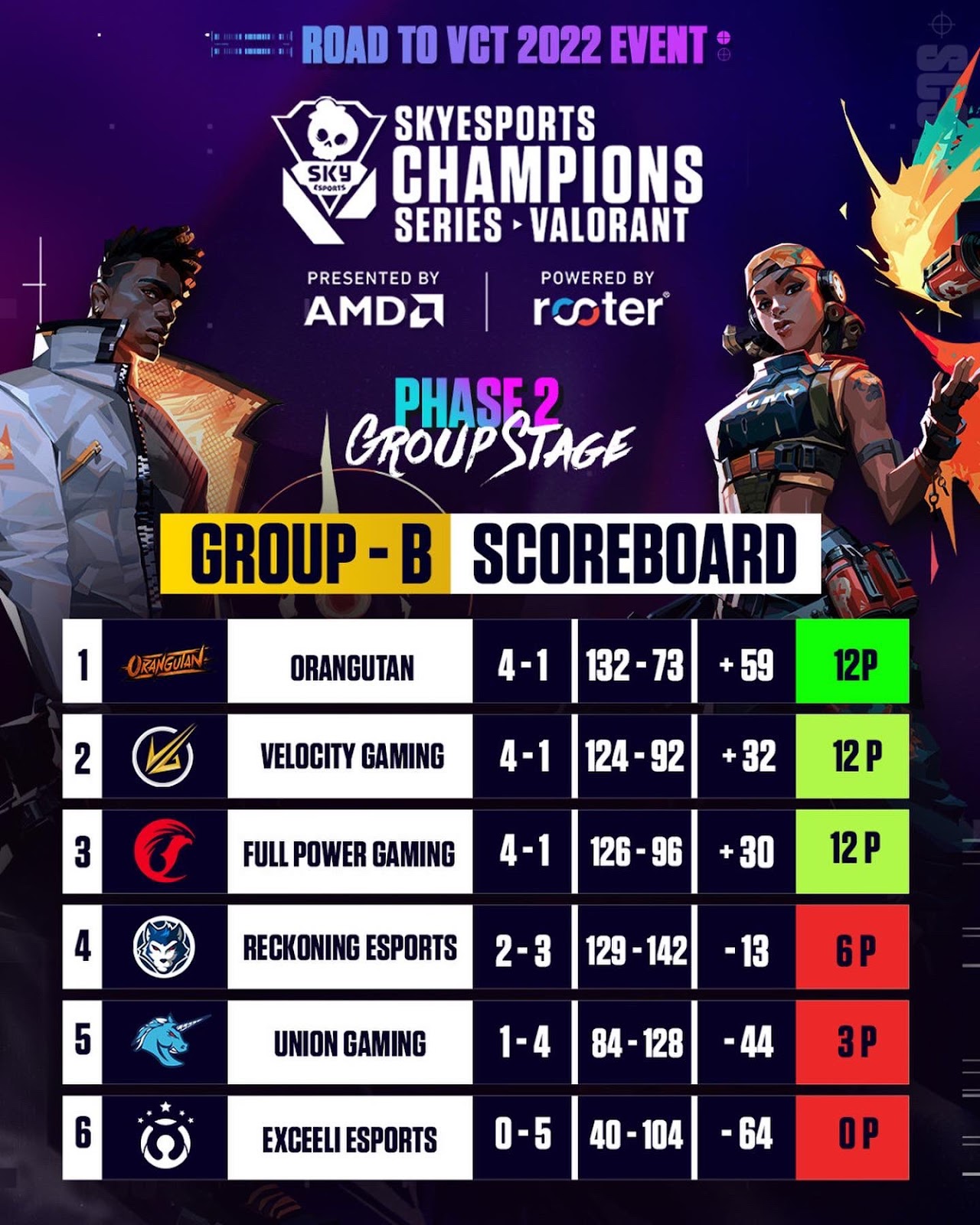 The Playoffs would be played on LAN in Chennai and it would be a double-elimination bracket stage which means each team gets a buffer of one loss and can come back from it to make it to the finals.

With Enigma Gaming and Orangutan being the top seeds in the tournament they get one bye and would have to face the winner of the Opening matches between the 2nd seed and 3rd seed. The top seeds would only need 2 starting wins to make it to the grand finals while other teams would need to battle against these tops seed to get to it. 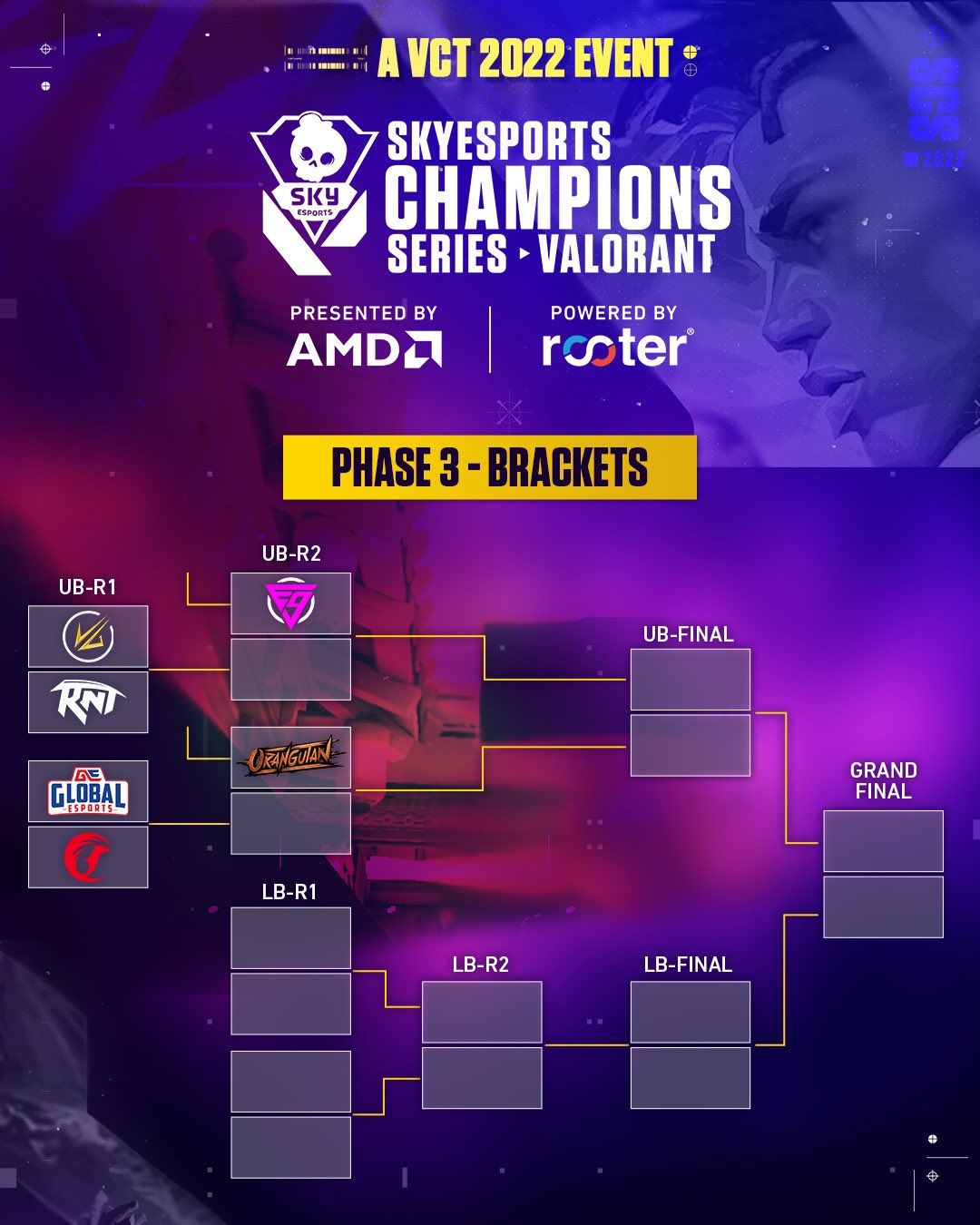 The winners of the Skyesports Champions series not only get a $15,000 cash prize along with the runner-up of the event represent the South Asian might in the stage 2 VCT APAC challengers, The winning team, like the last time APAC qualifier, would directly qualify to 2nd part of the tournament while the runner-ups have to earn the place in and battle against other teams to qualify. There haven’t been any dates regarding these yet.

The brackets and the playoffs seem to be anyone’s game at the moment with all of the teams in group B at 4-1 while from Group A despite Enigma Gaming going 5-0 they had difficulties facing the teams. I wish that all games are worth the hype and that all teams come with their best foot forward.

This would be a first-time LAN experience for a lot of players and there might be a chance we would see some LAN jitters from them but I hope that’s not the case and we get an amazing and hyped playoff with the crowd hyping the players and the players delivering.

We would keep posting as we get any and every information regarding the tournament so make sure to follow our socials and the website for more information. May the best team win and let the battle for the new kings of South Asia begin.