At Atlanta, the ELEAGUE Major 2017 arrived at the playoffs. There are no considerable upsets yet in the tournament. The sixteen teams juncture last week has been now reduced to the top eight teams in the world.

The most exciting game of the playoffs will definitely be between Natus Vincere and Astralis, which assures to present a match as thrilling as grand finals. The playoffs will be played today between: The Ukrainian hope, all time famous for performing flawlessly in the playoffs will face the tournament favorites, Astralis. This game is supposed a pre-final final. Natus Vincere’s youngest warrior S1mpl3 will assist GuardiaN to face the Danes. The undoubtedly three best awpers in the world will be present in this game. Astralis lately, has been on form and point. The incredible matchup will bring the first semi-finalist!

Off-track swedes will face Gambit Gaming in the second set of the group stages quarters. Fnatic, which is lost in the deserts since Olof incurred injuries, look forward to regaining their form back in this major. Whereas, subjectively, AdreN’s leadership in the team have proven and done wonders for Gambit.

The third quarters of the ELEAGUE Major invites Virtus.pro to take over North, the team which bounced forward to gain spot in the playoffs, winning three straight after losing the first two games. North surrendered to GODSENT on Overpass which is obviously not a great tempo to hold before facing the plaw’s of the Polish frontmen. This semi-finals is the day’s last one.

The fourth and final quarterfinals to determine the fourth semi-finalists will be played between FaZe and SK on Saturday. SK Gaming and FaZe both struggled in their group stages so this supposedly is an even matchup. The Brazilians did release their long time mate, fnx following personal issues and grudges between the team members, but quickly got used to their month old stand-in, fox.

Allu and Karrigan from FaZe will have the questions to answer for if FalleN gains back his lost form in this quarters of the ELEAGUE Major 2017. The Brazilian force will triple their achievements having been qualified for the Valve Major semi-finals three consecutive times before winning them. 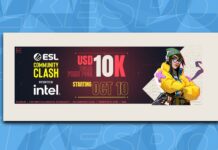 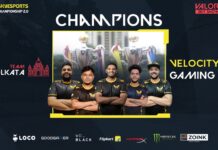