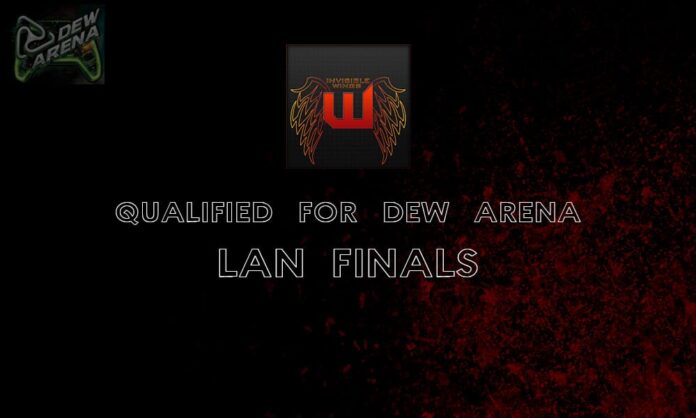 Invisible Wings, who were recently acquired by EnTity Esports have been successfully managed to qualify for Dew Arena LAN in the fourth and last qualifiers, beating Team Overcome 2-0 in a best of three. They will fly down to Delhi to play the LAN qualifiers alongside, Team Invictus (doubtful), MxB Gaming and Team Brutality.

Overall, Team Overcome didn’t look prepared much and much out of their minds while playing the games today, from missing the shots to getting caught off-guard, everything went down the hills for them. Interestingly, Team Overcome beat Invisible Wings in the same fashion a couple of weeks ago at NVIDIA FPS Battle, but things looked pretty shaky in this grand final of Mountain Dew Dew Arena, wherein they failed to get double scores in both of the maps combined.

Invisible Wings will move ahead to the LAN finals of Dew Arena wherein they will be playing for INR 3,50,000 split and a chance to earn fame by getting featured on the GameFuel pack which will be retailed all across India.