The relationship between online gaming and the communities which form around the games is, arguably, somewhat symbiotic. At one point in their history, game development companies would produce games, and communities and fans would respond — typically positively.

However, now that relationship is much less linear and “top-down”. Game developers are now much more engaged with what fans and gaming communities are saying, feeling and thinking. They have their “ears to the ground” so to speak, and game development companies will respond to the concerns of fans and community members.

The rise of streaming

One of the places where communities are built and fans come together to engage with one another and discuss the ins and outs of the gaming world is on streaming platforms such as Twitch. On these platforms, individuals will play games while streaming to their fans, chatting with them and collecting small fees or financial gifts.

Streaming has become so incredibly popular that many streamers do not even play games while streaming, but instead just talk with their fans. Some politicians have even started to utilize the platform to connect with younger voters.

Streaming has steadily grown in popularity over the course of the last eight or nine years, but it greatly increased in popularity during the global health crisis of the last year and a half. At that time, many millions of people around the world were isolated, feeling lonely and looking for a way to socially engage with people who shared similar interests. Streaming platforms offered an easy, free way for people from around the globe to connect with those who had similar gaming interests.

Esports holds an arguably somewhat niche position in the streaming industry. When it comes to esports, individuals associated with the industry are either esports athletes or they are spectators. This is different from other gaming communities in that most individuals associated with esports will be spectators rather than players — this is due to the level of skill and training required in order to play in esports leagues.

One of the most interesting aspects of the relationship between esports and livestreaming is that many esports players are now transitioning to careers which are more focused on livestreaming — and not streaming esports. Individuals, such as Ninja, who started out in esports and are now transitioning to be streamers who do not focus on one particular sport or game, but instead direct their energy towards developing a streaming audience.

On top of that, there is the possibility that as the world becomes more open and accessible, that in-person esports events and tournaments will become much more popular than their livestreamed counterparts.

New innovation in the streaming and esports industries

Along with the growing popularity of the online gaming and streaming industry, there is also likely to be a continued push for technological innovation in the industry. Game developers are constantly trying to push the innovative envelope, as we have seen with some of the most well-developed games on the market this year — along with new gaming consoles like the PS5.

One technology which is likely to become increasingly popular is Augmented Reality (AR) and Virtual Reality (VR). AR and VR technology and innovation is now starting to take massive leaps in terms of gameplay, real feel and usability. It is likely that the next esports and streaming trends will revolve around AR and VR experiences and games.

Many gamers are also looking forward to other forms of gaming innovation such as the quick casinos offered in Finland on sites such as the casino comparison site Suomennetticasino.com, which allow users to find casinos where you can play games and place bets, without first registering for an account. These may seem like small or relatively minor technological innovations, but they are sure to have a large impact on the industry.

Looking to the future

The future certainly looks bright for both esports and the streaming industry. While the global health crisis which rocked the world over the last year and a half has become increasingly manageable in the Global North, the popularity of both esports and streaming is likely to remain.

Millions of people have tried watching esports, accessing online gaming platforms for the first time during the global health crisis who otherwise would not have. Now that they have given these new platforms a try, many of them are likely to continue using the platforms and applications. 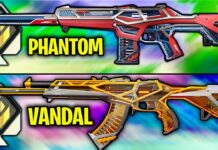 Phantom Or Vandal: Which Valorant Weapon Is Better? 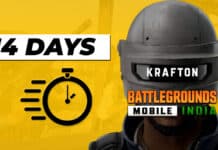 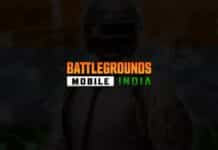 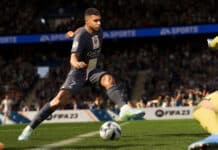 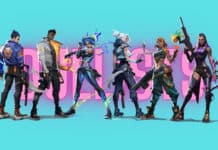 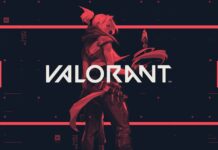 Valorant’s Competitive Environment To Change in 2022