How technology has elevated the stature of Esports 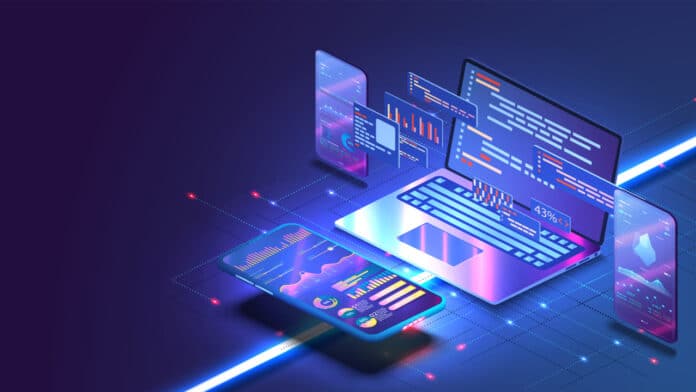 Technological advancements have launched esports into previously unimaginable dimensions of quality and performance. This format of gaming is highly reliant on top tech initiatives and solutions.

Gaming, as we know it today, uses top-performing graphics processing units (GPUs), accurate peripherals, and unwavering internet connections. This article looks at the evolution of esports and the tech that defines it.

Simply put, esports are organized video gaming events in which gamers compete. These competitions don’t include games that you might find at online casinos, but instead feature different teams or leagues pitting their skills against each other in games such as Call of Duty, Counter-Strike and Fortnite.

Esports competitions are broadcast on live television or streamed via channels such as Twitch. This means that fans all over the world can watch gamers compete in real-time.

These live broadcasts, which include televised broadcasts on channels such as ESPN and TBS, and the internet streaming services are testament to just how popular esports are. The selection of esports teams follows the same principles as normal sports selections, and the selected gamers enjoy similar spotlights and benefits.

The origins of esports

Many who view televised esports events think that video gaming competitions appeared on the scene overnight. This sport’s origins do in fact predate the existence of the internet.

Atari held a video gaming championship based on its popular Space Invaders game in 1980. More than 10,000 players entered this competition, making the greater public awareness of the competitiveness innate to gaming. This event is widely regarded as the official launch of video gaming competitions.

In 1981, there was another important milestone for video gaming. Twin Galaxies, a company established by Walter Day, started keeping a record of high scores and other significant gaming achievements. The Guinness Book of World Records recognized Twin Galaxies, and soon gamers raced to make their top-scoring marks.

This craze led to the first televised video gaming events. Starcade in the US and First Class in the UK showcased players in battles to achieve the highest scores. Gamer Billy Mitchell became a legend for his world records in games such as Pac-Man and Donkey Kong.

Home-based gaming consoles entered the scene during the late 1980s. These consoles, such as the Nintendo Entertainment System (NES), PlayStation and Xbox, are computerized systems aiming to deliver quality graphics and gameplay. Today, you can connect your consoles to the internet to compete online or download and upgrade your existing games.

The arrival of the internet and its impact on gaming

The 1980s may have shone the first spotlight on esports, but nothing equalled the explosive effect of the internet on video gaming.This innovative tech turned this already profitable niche into a multi-billion-dollar industry making its mark on the global economic markets.

During the early 1990s, people established local area networks (LANs) and connected computers to enjoy socialized playing. This era instituted single-player games with a narrative basis, which remained popular throughout the years.

The internet revolutionized gaming by enabling players to interact, socialize and compete in team-driven multiplayer games. It established virtual alternate worlds in which gamers can immerse themselves. Soon, players started to distinguish themselves according to varying skills levels and the modern-day notion of esports took hold.

The turn of the millennium saw unprecedented growth in online gaming, with titles such as World of Warcraftattracting millions of players worldwide. Gaming subcultures evolved and gave rise to player forums based on these online multiplayer role-playing games.

Ever-growing online gaming trends and the inter-competitiveness between players placed greater demands on internet functionality and performance. Unstable connections that lagged often meant the difference between a win and a loss. Players voiced their desires for fast, stable and uninterrupted connectivity. Today, the internet allows you to both watch and play your favourite esports.

The effect of latency

Latency is the time it takes for data to travel from one point to another and then return to its original (or source) point. A system, such as a desktop computer or gaming console, lags when this time interval is lengthy or stretched out.

Delayed latency is one of the reasons why serious gamers shy away from unpredictable Wi-Fi connections and prefer older internet technologies such as Ethernet cables. These gamers refer to the latency between their devices and the game servers as a ping. Delayed pings prevent real-time interactions with the virtual gaming world.

Lag causes a phenomenon known as rubber banding in the gaming world. A character is perceived as ‘bouncing’ around in the virtual world and not experiencing real-time gameplay. Big money is invested in esports, and tardy pings not only result in-game losses but also have financial consequences.

Wired internet connections addressed these problems. However, the ‘older’ technologies could not keep step with the development of more complex and intricate games. The demand for faster and faster connections kept on growing.

The arrival of fibre internet at the turn of the millennium nearly eliminated all latency issues and provided stable and fast connections. Fibre internet also established streamlined cloud services, and most modern-day video games are now purchased as digital versions directly from the cloud. This means that few players resort to discs for their consoles.

Esports has a firm hand in the drive for excellent internet performance. This ever-growing craze draws more and more players and has an extensive fan base worldwide. Several German football clubs raised the bar and formed esports teams. Many other clubs around the world followed suit. Reliable tech is a must in this highly competitive industry.

Recently, 5G – fifth-generation wireless – introduced the world to unprecedented internet speeds and overall performance. This latest innovation can only take esports to new heights and give fans so much more to look forward to.