T1 signs Topson and ana ahead of The International TI11 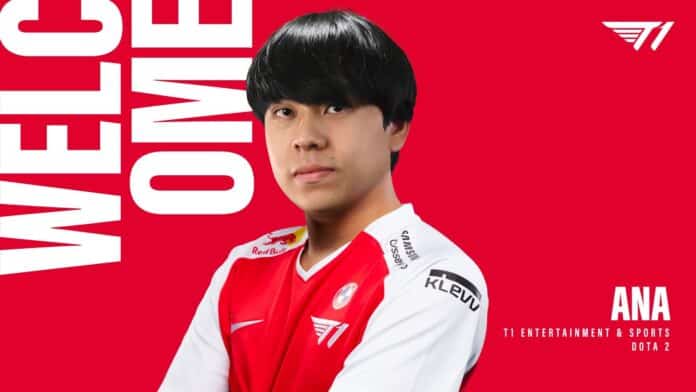 T1 from South Korea has taken a very big move in competitive DOTA 2 ecosystem by signing the legends Topson and ana right before the start of TI 11 qualifiers. These two will be playing at the biggest stage of DOTA 2 once again, but under a different banner this time.

Topson and ana are celebrated DOTA 2 pros with a long experience in their bag. They have appeared on the international stage a lot of times and after being absent from the competitive scene for a while, they have made a comeback.

In a social media post, T1 revealed that this amazing duo will be playing with them for the season. It has been revealed that Topson has joined the organization as a stand-in player but the nature of contract with ana is still not publicly disclosed.

ana was absent from the DOTA2 scene for a short while but he came back with Team Liquid at Riyadh Masters. He was in the OG roster that won back-to-back TI titles in 2019 alongside his teammate Topson.

Topson had taken a break from competitive DOTA2 after losing at TI10 but he did not plan to stay away for a long period.