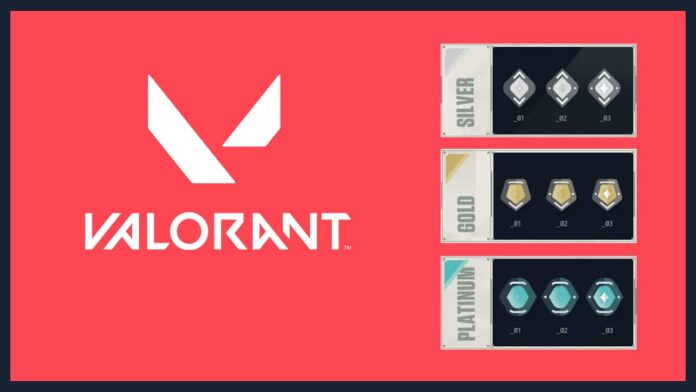 VALORANT’s closed beta, which was a ground-breaking success is set to conclude today on 28th May. The closed beta phase of Riot’s shooter already saw the implementation of the ranked mode in the game which is set to be refined even further in the official launch which is scheduled for June 2nd.

The official release is also expected to bring a new possible agent along with a new map to the game. But besides those, a report on Polygon also shows that the devs may also be willing to change the name of the top rank of the competitive spectrum in VALORANT, which apparently is also titled ‘Valorant’.

According to the interview, Sean Szopinski – senior designer for VALORANT – admitted that the rank of ‘Valorant’ was indeed confusing for the players. Szopinski said that initially the name ‘Valorant’ seemed like an attractive choice for the peak rank attainable in the game but mentioned that they’re planning to change it on release.

“What could be cooler than climbing the ranks, aspiring to become an elite and heroic Valorant, the personification of the game itself! You guys are right though, it’s a bit confusing. We get it. I get it. We’ll change it for launch,” Szopinski mentioned in the interview.

Currently, the ranks in VALORANT range from Iron to Valorant, with the ranks Bronze, Silver, Gold, Platinum, Diamond and Immortal in the middle. It might be a matter of time before the name of the end rank changes to something else.

As Riot mentioned earlier, all the currently obtained ranks in the game by the players will be reset on the official release but some of the unrated MMR will be staying with the aim of providing a better unrated matchmaking experience for the players. However, this won’t have an effect on the ranked MMR where players will have to grind their way back to the top levels.