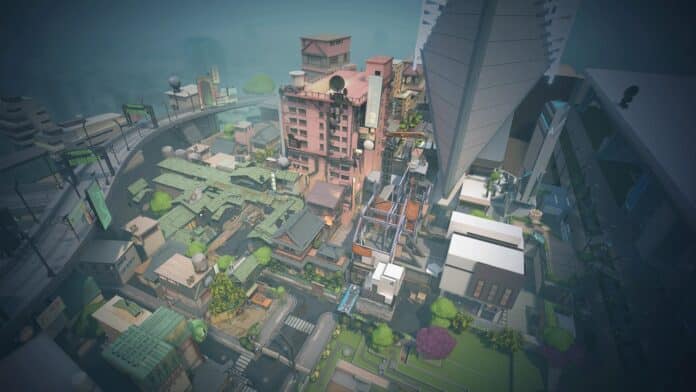 Riot Games is ringing in the year 2023 with a whole new map rotation. The much-loved map Split will be returning to Valorant in the update 6.0 that will be released in January; unfortunately, in order to make room for it, two other maps will be removed.

Some of the staples in the collection have been reworked to accommodate the addition of new maps to the rotation. They have had the sightlines surrounding them altered, new angles opened up looking into the spike sites, and new routes introduced to get around them.

The developers also changed the eight-map strong pool by taking maps out of rotation and maintaining a seven-map rotation. Fans were disappointed that Split was the final map to be removed from the rotation, as it was one of their favorites. Despite this, it will be back in action in a matter of time after being put on hold for a period of six months.

“Split is back! We know a lot of you were sad to see this one go, so we’re very happy to bring this back to you all (with a few updates as well…) Not a lot to add here really,” Riot’s Joe “Pearl Hogbash” Lansford stated.

With the adjustments introduced in Patch 6.0, Split is once again playable in Valorant.

That’s right, Riot Games has announced that the much-loved map will be making a comeback in January, which is when patch 6.0 will be made available to players.

However, the return of Split will result in the removal of Bind and Breeze from both the Unrated and Competitive game modes. This change is necessary in order to make room for Split. They will, however, continue to be playable in the Spike Rush mode as well as in custom games.

“Lots of you wanted it back and it makes sense with the other pool shifts. We’re looking forward to seeing how everyone plays the map with all the new Agents and meta shifts that have happened since Split left the rotation.”

As we have seen in the past, maps that are taken out of rotation are not permanently removed from the game; rather, they do eventually make a comeback. On the other hand, it will be fascinating to watch Riot manage the transition from having just one map on the sidelines to having two of them.

In a new blog post, maps and modes design head Joe Lansford says Split will return with “a few tweaks,” which will be outlined in the Valorant patch 6.0 notes.

Bind and Breeze will be removed from the rotation in exchange for Split’s reintroduction to the Valorant maps pool for competitive play.

Lansford further added, “For Breeze, we believe like this map has some opportunity to develop in terms of agents and team comp diversity, as well as some opportunities for streamlining of the space. And for Bind, it’s really about ensuring that they have enough strategic variety. We’d like to open up play around the teleporters and possibly reconsider how teams execute and defend against executes on both sites.”

Given that Riot Games published Pearl alongside patch 5.0 for Valorant, it would appear that the company is planning to follow a similar release schedule for the upcoming Valorant map, which will arrive alongside patch 6.0.

Although the new map and its release date have not been officially announced by the developer, it seems likely that there will be a fresh fight ground for players to compete in sometime in the new year.