After three days of intense Valorant action, the Skyesports Valorant Championship 2.0 has come to a conclusion, and we finally have our winners of the lion’s share of the massive prize pool of 1,50,000 INR.

The finals of the championship were set in a best-of-three matchup between the two finalists – Team Kolkata and Team Chennai. Both the teams had shown exceptional performance throughout the group stages as well as the knockout rounds of the tournament.

The first map played in the grand finals was Ascent, which Team Kolkata managed to take quite comfortably with a score of 13-8. Team Chennai was swift to regain their composure though, as they won the following game in Bind with the same scoreline, but this time in their favour.

In the end, it all came down to game three, with the decider map being Split. Team Chennai gained themselves a head start by winning two consecutive rounds on the attackers’ side, but Kolkata retaliated. From then on, it was a back and forth scenario between the teams with each team picking up a round or two before the other team strikes back.

The game seemed to be quite intense, making it quite tough to predict who’d come out on top, that is till when team Kolkata decided to pick up their pace and go on a frenzy of wins. One round after another, the team from West Bengal kept dominating their opponents, without leaving any room for mistakes for team Chennai to capitalize on.

Even after the sides switched, it was pretty much a one-sided showdown from team Kolkata, who secured the game with a massive lead and a score of 13-5, rendering them as the winners of the Skyesports Valorant Showdown.

The Skyesports Valorant Showdown was organised in association with Loco with an aim to develop the esports scene in India. The tournament continued from September 19-21, with a total of 218 teams participating for a shot at the 1,500,000 INR prize pool and products from HyperX and WD Black.

SkyEsports Valorant Showdown 2.0 reached a landmark of reaching almost 20,000 peak concurrent viewers on the final day. The total number count was accumulated across four broadcasts streaming in Hindi, Tamil, Malayalam and English languages. Rising through some external hurdles, SkyEsports managed to bring a large viewership number for PC games in their second edition of SkyEsports Championship. 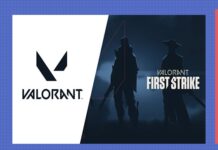 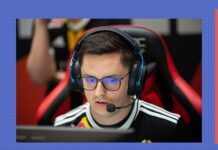