Riot Games back at their 10-year anniversary celebration in October 2019 announced a character-based tactical FPS shooter game, Project-A which is now officially named Valorant and has a release windows of Summer,2020. Accompanying the announcement of Valorant Riot Games also released an early gameplay trailer.

The early gameplay trailer confirms the previous reports of the game being a mix between CS:GO and Overwatch. Valorant blends the unique character abilities of Overwatch with the CS:GO’s 5v5 competitive gunplay that rewards quick reflexes, and precise aiming.

So What is Valorant?

Valorant is a tactical 5on5 character-based shooter set in a future version of Earth where technological advancements have produced human beings with unique abilities. Currently, the game features 10 characters with each character having 4 abilities, two of which a player has to purchase at the start of each round with the money earned between rounds keeping in mind the money is also needed to purchase weapons and armor.

The player will start with choosing a character that will be locked for the entirety of a match. A match is 24 rounds long and currently only has Bomb Defusal mode similar to Counter-Strike, where one team must plant the bomb at a bomb site while the other team defends the site.

Although the game has unique abilities similar to Overwatch, the game leans more towards the Counter-Strike theme and the abilities are balanced around that theme only. The ultimate abilities of each character will have an extremely long cooldown which can last for some rounds. For example: in the trailer we see a wall piercing arrow that on impact reveals position of enemies upto a certain distance. This kind of ability will have a long cooldown and can only be used a couple of times in a match, so a team must plan out the use of such abilities beforehand.

Similar to Counter-Strike, all weapon types will be available on all characters and in addition, each character will have a second ability which will have a limited number of charges. Valorant combat emphasizes more on skilled gunplay than high-powered abilities.

Riot also promises on solving two of the biggest problem of any multiplayer game i.e. Lag and Cheating. For Cheating, Riot Games is working on developing a kernel-level anticheat. Since the anticheat system is working on kernel-level it will eliminate the most common type of cheats that work by injecting code on the game process. This alone will make cheating in the game near impossible as developing cheats to bypass kernel-level integration takes time and are expensive.

As for lagging, Riot will offer servers with 128 tickrate in all regions which should result in more responsive gunplay and character movement. Riot has also worked hard on netcode and made several optimizations that will also help in eliminating lag. Valorant will also use Riot Direct, a cluster of servers over the global networking infrastructure that Riot built for League of Legends in 2014. Utilizing Riot Direct, Valorant will be able to detect the best route available to a given server. Since 2014 Riot has worked with many ISPs around the world to develop direct routes into their Riot’s networking hub eliminating round-bout routes that result in high ping. 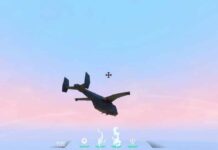 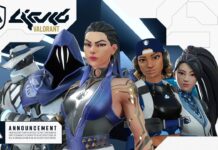