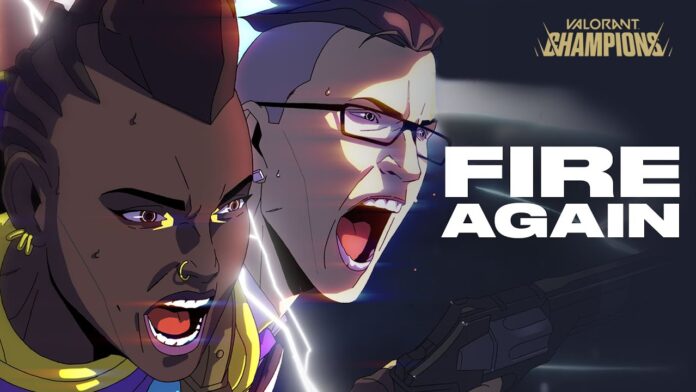 Only a few days remain before the highly anticipated Valorant Champions 2022 kicks off, and fans of the competitive shooter throughout the globe are eagerly looking forward to seeing their favorite Valorant teams battle it out on the big stages for a shot at the crown.

Recently, Riot Games has teased the official anthem for the Valorant Champions 2022, and while the full song hasn’t been revealed, we can already get a decent idea about its artist, release date, and much more.

The Valorant Champions 2022 anthem will drop in less than 48 hours. Titled ‘Fire Again’, the anthem is certain to set the mood for the biggest Valorant tournament of the year.

As confirmed in a Tweet by Riot Games, the ‘Fire Again’ Champions 2022 Valorant anthem will be officially released on August 22, 2022.

The 26-year-old initially rose to fame through her 2019 single “Stupid” with Baby Tate. At the time of writing, Ashnikko has over 5,883,753 monthly listeners on music streaming platform Spotify.

The upcoming Valorant Champions Istanbul 2022 is the third and final event of the VCT 2022 season. It’s set to be the biggest Valorant event of the year and will feature sixteen of the finest Valorant teams from across the world.

The group stages for Valorant Champions 2022 kicks off on August 31 and will continue until September 13. The playoffs will be held from September 16 to 18.