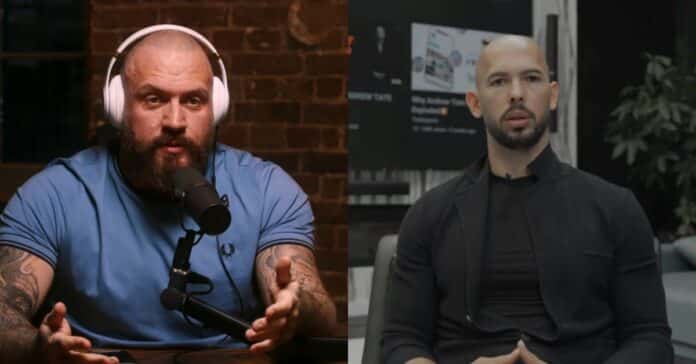 It is ironic to see Andrew Tate banning someone for being disrespectful and making controversial comments given the entire internet accuses him of the same, however, popular Twitch streamer True Geordie has been banned following islamophobic comments.

Andrew Tate, the controversial fighter turned internet personality turned into a Muslin just a month ago and the community had several takes on his decision, however, when True Geordie was asked about a potential fight, he responded with “I would gladly blow myself up if I could take that sh*tbag with us. If he really wants to prove it, do the right thing.”.

The statement ever since has gone viral which has resulted in him getting banned. The community agreed on the fact that such comments are aggressively Islamophobic and advances established stereotypes.

Following the comment, it did not take long for Twitch to take action and now True Geordie is banned for an indefinite period of time.

Soon afterwards he posted an apology video explaining his actions and promising to not repeat such behaviour before claiming that what he said was absolutely due to the head of the moment. Later, he Tweeted: “I made a very stupid comment last week on a livestream which has upset a lot of people.” “I want to say sorry, please watch this guys as I mean every word.” “It’s just not the way I am. I realize that I am a cocky guy and I say a lot of silly jokes. I get lost in that sometimes,”.

As of today, we do not have any update on when the ban gets lifted but it is safe to assume that Twitch has sent him on a fairly long vacation given they do not take kindly to islamophobia.