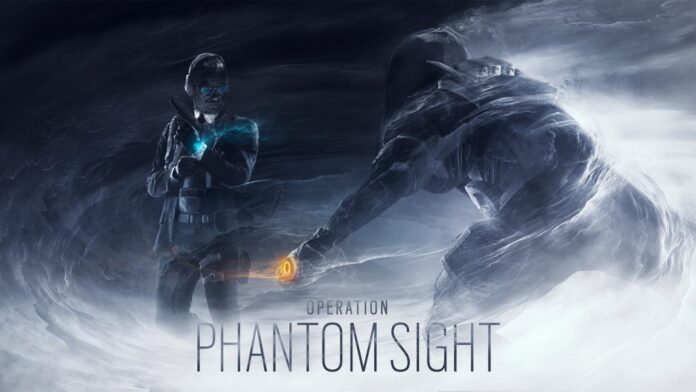 The new update is set to launch for the public in June,2019 while the beta will be available on Test Servers from May 21st.

Nøkkis the new female stealth attacker operator that will be coming with the update. She is a fusion between Vigil and Caveira. She is armed with FMG-9 and SIX12-SD primary weapons and 5.7 USG and D-50 as secondary weapons. Nøkk will be equipped with HEL Presence Reduction Gadget which will reduce her foot step sounds and make her invisible to cameras. Although HEL will glitch and give away her position if she sprints, shoots, or walks into defender traps. HEL will also be limited by a battery. But, even after all the drawbacks with the ability to mask her sound and invisibility, she will be the stealthiest operator in the game.

At first glance, Warden will look like a normal chap but he is a special service agent enlist with the gadget- Glance Smart Glasses. These glasses will make him immune to flashes and also gives him a wall-hack type ability to have a clearer sight (not fully visible, but reduced smoke effect) through smoke while standing still. All this will be limited by battery and also carry a cooldown. Warden will come with MPX and M590A1 as primary weapons and for secondaries, he will have P-10C and SMG-12. With Warden, teams can disrupt the coordinated pushes and/or anchor down a site.

Ubisoft won’t be introducing new maps throughout the Year 4, but will be utilising those freed up resources to rework some of the old maps in the game that need to be updated with the change in meta, as some of these maps can offer clear advantage to certain operators which limits the choice of the players.

With Kafe, Ubisoft have left most of the map intact while only targeting the problem areas. For the 1st floor, they plan to move the bomb site to Kitchen and redesign the Kitchen. As for the 2nd floor, a new bombsite will be introduced in the Reading Room/Fireplace. Whereas for 3rd floor only some minor adjustments are made namely increasing balcony space and adjusting roof hatch.

Operation Phantom Sight will be coming with a newly revamped store which will feature a tile-based UI design. According to Ubisoft, the new store will be easy to navigate and offer more visibility will also remaining dynamic and interesting.

Also, the Ranked Mode will be come out of beta and receive a Pick & Ban phase. The new mode will only come with bomb rotation and won’t feature hostages. Finally, it will also come with a new Ranked Hub which acts as an in-game guide for players to view personal stats. It will also show upcoming reward charms and rank distribution graph comparing with all the players.