In an interview with PCGamer, Rainbow Six Seige director Leroy Athanassoff talked about the internal discussions that the development team is having over the possibility of game going free-2-play.

Rainbow Six Seige is an online tactical shooter game that costs $20 for the base version to upwards of $85 for the ultimate edition. The game also features different in-game monetization deals such as premium crates, annual/season pass, boosters, alpha packs, etc. The developer team believes that the game is sufficiently monetized and can still fund development costs from in-game monetizations after going free-2-play.

The team at Ubisoft believes that making game free-2-play will make the game more accessible for everyone. Last year Valve made CS:GO free-2-play and due to this the game now boasts the highest number of active players on steam with more than 850K concurrent players and is still increasing.

The free-2-play model is very exciting and might help R6S increase its player base even further, but the free-2-play model also witnesses a sharp rise in smurfing and cheating activities. Most free-2-play games are plagued with these issues and the developer team at R6S is actively working on a solution to this problem.

“You need certain features ready to be a good and successful free-to-play game. One of those features is a good solution to smurfing. What’s important for us is that we find out as soon as possible that a player is highly skilled in the things that matter The problem right now is that you can play a certain amount of matches with Copper players while you’re a Diamond.”

Currently, R6S employs an MMR system, where the emphasis on win rate and players are later adjusted accordingly. This system isn’t flawless and gives rise to highly skilled players intentionally losing games with a very high Kill-Death ratio to keep their MMR low.

Leroy says the team is currently looking to implement an auto-detection method that will ban identify these types of players and ban their accounts. 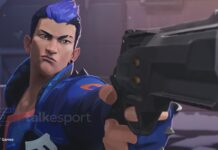 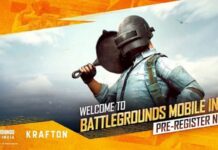 Pre register for Battlegrounds Mobile India to Get Exclusive Rewards 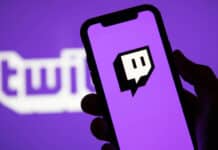 Twitch to reduce its subscription price