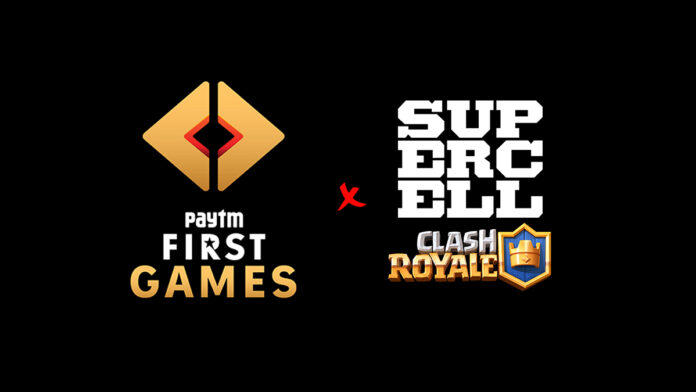 Paytm First Games, the country’s leading gaming destination, today announced its entry into Esports with SuperCell to bring the globally popular ‘Clash Royale’ Esports tournament to India. The mobile gaming tournament will be organized from 10th to 12th April, and 512 players will compete to win a prize pool of Rs. 4 lakhs. To participate in the tournament, gaming enthusiasts across the country will be able to register from 6th April onwards on Paytm First Games app.

Developed & published by Supercell, Clash Royale is an extremely popular game across the world and can be played live by two or four players (1v1 or 2v2 format). The tournament will be organized in an online, single-elimination format and will feature all the top Clash Royale players in India. This will be India’s biggest esports tournament both in terms of participation and prize money.

Paytm First Games is already India’s fastest-growing gaming destination and sees more than half a million daily active gamers on the platform, spending anywhere between 30 to 45 minutes. It has witnessed 200 percent growth in the last one month, with over 75,000 new users joining the platform every day.