MSI is finally returning after 2 years and it’s taking place in Reykjavík – the capital of Iceland. MSI will start from the 6th of May to the 23rd of May. This event could not take place last year due to the Covid 19 situation around the world. MSI is a tournament where 12 best teams from 12 different regions won their respective splits to qualify for MSI. But unfortunately, GAM Esports from Vietnam who won the VCS tournament could not join due to the Covid 19 situation.

Among the big 4 regions, the team from the Korea LCK region is none other than the reigning WORLD CHAMPIONS DAMWON Gaming who beat Gen.G Esports 3-0 to qualify for the MSI.

From the Europe LEC region, the reigning MSI Champion G2 Esports could not qualify for MSI this year after winning 4 back to back LEC tournaments in the last 2 years losing 3-1 to Rogue in the Semi-finals. The team from Europe to qualify for MSI is MAD Lions reverse sweeping Rogue to win LEC by 3-2. This was the first time after 2014 that another team except for Fnatic and G2 Esports won the LEC title.

From the China LPL region, team Royal Never Give Up won the title beating 2019 WORLDS CHAMPIONS FPX Esports by 3-1. RNG won the 2018 MSI title with their legendary player UZI and they look strong enough to take the title again this year.

From the America LCS region, Cloud9 won the title after beating Team Liquid 3-2 in the finals. Their newly added mid-laner Perkz from G2 Esports is the only remaining MSI champion who will compete to defend his title.

From the Japan LJL region, the 6-time LJL champions Detonation Focus Me qualified after getting their revenge against last year champions V3 Esports 3-1. They only lost 2 matches during their split and their mid-laner Aria looks promising.

From Brazil CBLOL, paiN Gaming defeated Vorax 3-1 to qualify for MSI. paiN Gaming player BRTT is one of the most victorious players in the history of League of Legends.

From Latin America LLA region, Gillette Infinity Esports qualified by reverse sweeping Furious Gaming. They are bringing their best support of their region at MSI.

From the LCL region, the team competing at MSI is Unicorns of Love who defeated CrowCrowd 3-1.

From the Turkey TCL region, Istanbul Wildcats won the title by 3-1 over 1907 Fenerbahçe Esports.

From the Oceanic LCO region, Pentanet.gg qualified by beating the team PEACE 3-1.

From the Pacific PCS region, PSG Talon defeated Beyond Gaming 3-0 and qualified for the MSI.

Note: Due to national travel restrictions related to COVID-19, the qualifying team from Vietnam GAM Esports will unfortunately not be able to participate.[3] Despite having to continue with one less team, the format of the tournament will not change. VCS was slated to start in Group A along with the teams from the LPL (China), LCL (CIS), and LCO (Oceania). This group begins the tournament with the remaining 3 teams and the top 2 will advance to the next stage of the competition as originally planned. Groups B and C will remain unaffected. 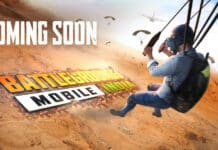 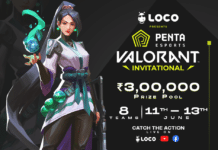 Penta Esports Valorant India Invitational: All You Need to Know