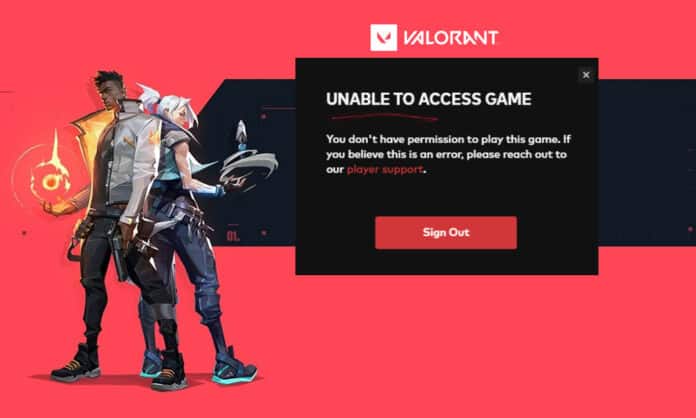 Valorant faced a server issue last night since 11:30 AM GMT, where players could log in but were experiencing packet loss and default player cards and had trouble finding a match and switching skins, and if the player found the match, they could only choose from the 5 starting agents.

Valorant, if you don’t know, is a 5v5 online tactical shooter and largely dependent on the internet. The software on your side uses your system to convert your information into data, send it over to a server, and get back data from the server about other players.

The game thus performs better at a lower ping which generally means the time taken for your data to reach the server and back is less.

A latency of 10ms translates to your data being sent to the server and back in 10ms. Usually, the lower the latency, the better your gaming experience.

While it doesn’t matter to players as both packet loss essentially affect your experience, it might help you distinguish if the issue is on your or server-side.

Last night, the issue did not affect the matchmaking but significantly impacted player profiles, meaning the server where the player profile is stored was not accessible.

Usually, the stored profile is a database; whenever you load the game, your system requests the data from the server and shows it on your system.

The matchmaking was initially affected, but it was addressed first and fixed. The profile visibility and agent issue, dependent on the player base server, was also resolved by 04:30 PM GMT.

Currently, there are no issues with the game; you can hop in the game and play without many problems.

Unlike the Cloudflare one, this issue was on Riot’s side, and thus, logging in was possible. Such problems occur in the case of a database, and companies all have steps to ensure the smooth performance of their app.

Some people did fear they had lost their skins, but such a thing won’t happen as Riot, and any other game developer would have multiple server backups and infrastructure in place to counter such hindrances.