Entity Awper Ishpreet “HuNtR” Chadha has stepped down from Entity Gaming due to personal reasons, which has caused Entity to look for his replacement.

According to our sources, the 22-year-old was not able to devote enough time to CS. The hectic practice schedule, along with the constant effort to stay ahead of the curve, proved to be time-consuming for Chadha, who wanted more time to pursue other things like Snooker.

On grounds of his personal commitment issues, we had to let him go. In the beginning, he was okay with giving most of his time to counter strike but later he felt like our schedule was affecting his personal life and his snooker. He wasn’t ready to fully commit to the game and to us which is why we let him go as it is unfair for the other 4 who have been dreaming big and practising hard for a long time.

It is also believed that HuNtR will rejoin Team Invictus, the org that he began his CSGO career with, as he looks for a better balance between his work and other commitments. As for Entity, they are on the lookout for a new player, and although not confirmed, they could be looking overseas for new talent, similar to what the now dissolved OpTic India did. HuNtR will be most remembered in his time at Entity for his ferocious awping skills, often being the man who was able to get the first scalp with the big green gun. He has had a consistent HLTV rating of 1.30, and bid adieu to this roster in style after winning the Taiwan Excellence Gaming Cup 2018. 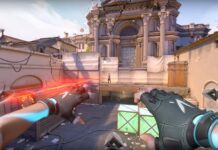