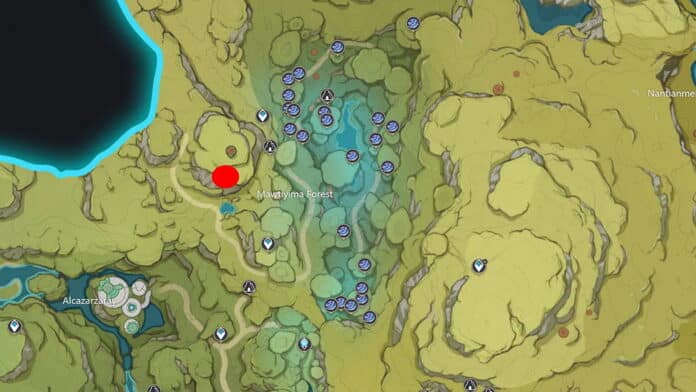 In preparation for the release of Scaramouche’s banner in the 3.3 patch, we’ve compiled a list of the best places to harvest Genshin Impact Rukkhashava Mushrooms.

Here are the best places to find the Genshin Impact Rukkhashava Mushrooms you’ll need to farm if you want to level up your character.

Collei and the soon-to-be-introduced Scaramouche, both of the Anemo series, rely on these brilliant blue mushrooms for their ascent. Scaramouche’s ascension supplies require them, but it’s not easy to come by.

Where to farm Rukkhashava Mushroom locations in Genshin Impact

Rukkhashava Mushrooms have a purple stem and bright blue layers, and they grow around the bases of trees and other plants and flowers. Sumeru is the finest spot to cultivate Rukkhashava Mushrooms since they can be found in the wild, but more commonly in woods and in areas with dense vegetation.

To quickly locate these mushrooms, have Tighnari in your party and use their passive ability to do so.

Except for those on Devantanka Mountain, most mushrooms are in the overworld. The southeast huge golem trail leads underground to them. This whole farming route by ‘Xosvbeffl’ can be found on the interactive map.

That concludes Genshin Impact Rukkhashava Mushroom locations, ideal farming areas, and where to get more.

These are the prime locations in Genshin Impact for harvesting Rukkhashava Mushrooms. Here is everything you need for Faruzan’s materials, as well as where to find all of the Shrine of Depths locations, and when you can anticipate the next update to include Scaramouche’s banner.

For more guides on Genshin Impact, make sure to follow TalkEsport on Google News.