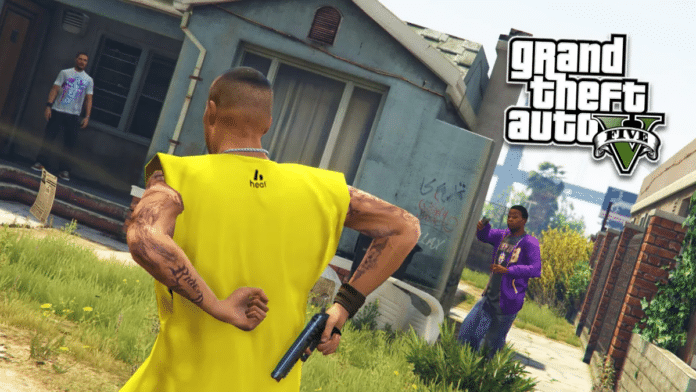 For nearly a decade, Grand Theft Auto Online has been a popular destination for role-playing enthusiasts, with fan-made RP servers dating back to 2013. Today, the platform is home to thousands of joinable networks, providing players with countless opportunities to live out their fantasy scenarios.

Despite being almost a decade old, Grand Theft Auto Online’s RP scene is still thriving in 2023, with servers filled with both newcomers and veterans who log on each day to act out new scenarios. But with so many servers to choose from, which ones are the most popular and worth joining in the new year?

With a rich history dating back to 2013, Grand Theft Auto Online’s RP scene continues to be a popular destination for players looking to live out their fantasy scenarios. The platform now boasts thousands of joinable networks, providing players with endless opportunities to immerse themselves in the game.

In 2023, Grand Theft Auto Online’s RP scene remains as popular as ever, with servers filled with both newcomers and veterans who log on each day to act out new scenarios. But with so many servers to choose from, which ones are the most popular and worth joining in the new year?

Eclipse RP is a popular choice for role-playing enthusiasts, thanks to its impressive 200 player capacity, which is significantly higher than most other RP alternatives. Within Eclipse, players can participate in a citywide takeover, where gangs fight for control of a crime-ridden monopoly.

In a city overrun by rebellion, players must find a way to survive the criminal underworld and its population of corrupt entrepreneurs. Whether it’s with The Irish Mob or The Clowns, players must make a name for themselves and become a part of Los Santos’ elite gangsters. But can you rise to the top among 199 other power-hungry players?

NoPixel is a strict RP server that is home to some of the biggest names in Twitch streaming. However, it’s also incredibly difficult to join, as its servers can only accommodate 32 players at a time, and failure to follow the rules may result in a ban.

NoPixel is an exclusive hideaway for elite GTA players, where role-playing is practiced in the most creative ways imaginable. As a member, you’ll have the opportunity to participate in countless scenarios, all of which can leave you wanting more and even put you on the path to forming your own criminal empire, provided you can secure a spot in the server.

While servers like Eclipse and NoPixel may seem intimidating, there are alternatives for players looking to get involved in the RP scene. Mafia City, for example, is a smaller server where players can take on a variety of roles in the overall narrative. Whether it’s a firefighter or a criminal overlord, everyone has a part to play and it’s up to you to find your place among the masses.

Mafia City is a great option for those new to role-playing, as it boasts a friendly community and a forum built by like-minded players. It’s a solid starting point for those looking to test the waters before diving into more intense RP experiences.

Twitch RP, as the name suggests, is a role-playing server dedicated to Twitch streamers. It’s a great option for streamers looking to connect with other streamers and collaborate on RP scenarios. With a focus on streaming, Twitch RP offers a unique and engaging experience for players looking to take their RP to the next level.

Another alternative for players looking to get into the RP scene is “The Family RP” server, which offers a unique and immersive experience where players can join one of the various families and climb the ranks to become the leader. The server offers a variety of roles and activities, from running legal businesses to engaging in illegal activities.

If you’re looking for a more immersive and realistic RP experience, “Los Santos Life RP” might be the perfect fit for you. This server offers a realistic role-playing experience, where players can choose to live a life of crime or work as a lawful citizen, and interact with other players in a believable and realistic way.

“The City RP” is another great option for players looking for a more realistic RP experience. This server offers a variety of roles, from police officers and paramedics to criminals and politicians. Players can interact with each other in a believable and dynamic way, and immerse themselves in the game’s world.

In conclusion, the RP scene in Grand Theft Auto Online offers a wide range of servers and options for players to choose from, whether you’re a streamer, a newcomer, or a veteran. Each server offers a unique and engaging experience, and it’s up to you to find the one that best suits your interests and preferences. From the big and famous servers like NoPixel to the small and friendly ones like Mafia City, there’s something for everyone to enjoy in the RP scene of Grand Theft Auto Online.