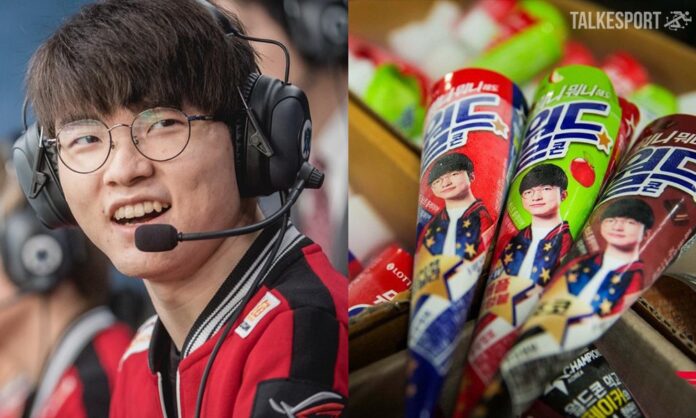 First of all, we saw Ninjas in Pyjamas chocolate bar & “McNiP” burger. Now we can see Faker ice creams incoming.

Lee “Faker” Sang-hyeok is a League of Legends professional player in the South Korean region who is also known as the “God of Mid Lane”. With T1, Faker has won 8 LCK titles, 3 World Championships, and 2 MSI’s. He was the first League of Legends player to be inducted into the “Esports Hall of Fame” from ESL.

Recently, Lotte Confectionery has selected Faker as the advertising model for World Con. They announced that this has been done in order to strengthen the rapport among the young generation, and since Faker has a strong influence on the teens and twenties due to his gaming skills and proficiency in a worldwide played game such as League of Legends; Lotte decided to go on further with Faker.

Also, a Chinese media designated Faker as Korea’s top 5 national treasures along with Bong Joon-ho, BTS, Kim Yu-na and Son Heung-min. Lotte Confectionary is also looking to produce an advertisement video with Faker in the coming days and to air it as soon as possible. Apart from this, Lotte Confectionary is also going to sponsor LCS this year and is planning several promotions associated with the competition.

With 750 billion won last year, World Con managed to remain the No. 1 seller of frozen ice cream and has continued to maintain this position for over 20 years. One of the officials from Lotte Confectionary said,

“We expect that the meeting of the national ice cream and the national professional gamers will have a positive synergistic effect.”