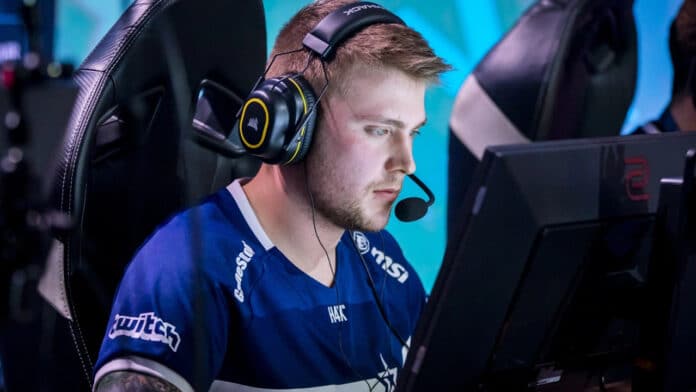 Kristian “k0nfig” Wienecke has temporarily been sidelined to Complexity’s inactive roster for the next 4-6 weeks following a wrist injury and would miss the ongoing ESL Pro League Season 14 and most likely the forthcoming BLAST Premier Fall Groups 2021 as well.

Complexity on Twitter too addressed this situation where they have announced that they will be fielding a stand-in for the ESL Pro League Season 14. Earlier on Tuesday, it was confirmed that Niels Christian ‘NaToSaphiX’ Sillassen will fill in for k0nfig on the active roster till the 24-year-old Dane recovers from his injury.

k0nfig further gave a detailed explanation on his Twitter handle upon his current situation where he spoke about an accident that dislocated his right wrist and would need to undergo surgery. This would further require him to wear a cast for the next couple of weeks post-surgery due to which he chose to stay out of competition. As earlier reported by HLTV.org, NaToSaphiX will replace the former on Complexity’s active line-up and will assist the Texas Based organization across their tour at the EPL S14.  As mentioned above, Kristian too might go on to miss the BLAST Premier Fall Groups 2021 which starts on September 16.

Complexity are scheduled to play forZe in their EPL Group B Opener on August 21 and would debut with their new signings, Patrick “es3tag” Hansen and head coach Luis “⁠peacemaker⁠” Tadeu. They are expected to compete with the following roster: