BLAST Pro Series is back for this year, scheduled at Istanbul. The event, which had its inaugural last year in Copenhagen has opened its door for another year.

Likely to the previous event, it will feature 6 invited teams, out of which Space Soldiers has been determined as of now.

In the last season of BLAST Pro Series, the matches, starting from groups to playoffs, all were played before the crowd. 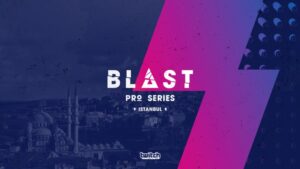 Jordi Roig, Executive Producer at BLAST Pro Series in a statement explained the venue to be Istanbul:

“We are very excited to welcome Istanbul to BLAST Pro Series. Turkey is one of the fastest growing esports countries with more than 30 million esports enthusiasts and Turkish teams are steadily climbing to the top of the world. Istanbul was a natural choice for us and we have no doubt that it will be another record-breaking event.”

“The atmosphere at the premiere of BLAST Pro Series in Copenhagen was electrifying and the feedback we received was amazing, but already now we can say for sure, that we will bring even more world-class Counter-Strike and entertainment to Istanbul. We are thrilled about the event already and look much forward to presenting the line-up and full program for the first of many international stops in BLAST Pro Series.”

Five teams are yet to be invited, details of which will be announced soon. There has also not been any information yet on the timings, dates, prize pool and the schedules of the event.