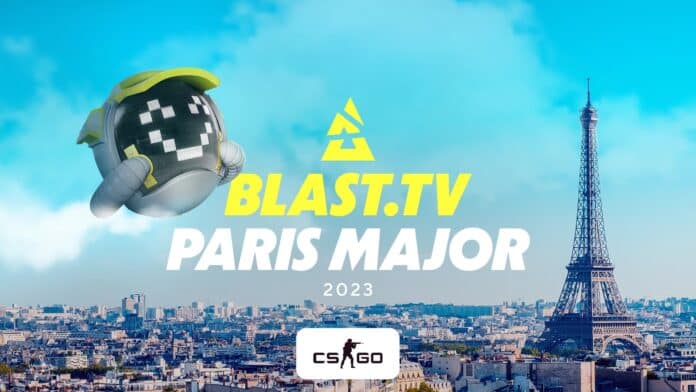 As the BLAST.tv Paris Major 2023 approaches, teams from around the world are preparing for the intense competition that lies ahead. The tournament is set to begin on May 8th, and BLAST has just released the process for teams to qualify for the event.

The new format for the Regional Major Ranking tournaments, which act as separate qualifiers for the Americas, Europe, and Asia, has been announced by BLAST. Depending on their results at the previous Major, teams from all regions will be subject to a new qualification system devised by BLAST, which will culminate in RMR events that are set to run from April 3-12.

The teams that managed to make it into the Legends Stage at the Intel Extreme Masters Rio Major will be directly invited to their regional RMRs. However, the rest of the teams will have to enter via open and closed qualifiers.

Half of the entrants of the closed qualifiers will be included by way of the recently-instated Valve Regional Standings. The rankings as of February 12 will determine their inclusion. The other half will have to face the daunting gauntlet of the open qualifiers.

BLAST has also announced the number of teams that will be invited to each closed qualifier based on region. Europe, being the dominant region in the esport, will have two separate closed qualifiers to determine its representatives at the Major.

Out of the 16 teams competing in the Americas Regional Major Ranking (RMR) event, five will earn a spot to compete in the Paris Major. One of these teams will have the advantage of starting in the Legends Stage of the tournament.

TEAMS TO ADVANCE DIRECTLY TO THE RMR:

An additional 14 teams will join them from closed qualifiers, 7 from South America and 7 from North America.

SCHEDULE FOR THE AMERICAN QUALIFIERS:

From the European Regional Major Rankings (RMRs), 17 teams will advance to the Paris Major. The top seven teams will have the advantage of starting in the Legends stage of the tournament.

TEAMS TO ADVANCE DIRECTLY TO THE RMR TOURNAMENT:

These 14 teams will compete against an additional 18 teams that will come from closed qualifiers, 9 from each RMR event.

SCHEDULE FOR THE EUROPEAN QUALIFIERS:

As neither of the Asia’s champions progressed past the Challengers Stage at the IEM Rio Major, they will only be given two spots at the Paris Major event automatically. To compensate, the Asian RMR has been expanded from 4 to 8 teams for the current season, with each closed qualification event yielding two spots for the Major.

SCHEDULE FOR THE ASIAN QUALIFIERS:

The BLAST.tv Paris Major 2023 is shaping up to be one of the most exciting and competitive events in the esports world. Teams from around the globe will be vying for a chance to compete in the tournament, and the pressure is on to qualify. With the new format and qualification process, teams will have to bring their A-game if they want to make it to the BLAST/tv Paris Major 2023.