The esports culture in India is not similar to most of the western countries. There is a large population which prefers PC games but the mobile gamers outweigh them very easily. Esports Charts’ recent report on Indian esports reveals the heavy impact of mobile gaming in India.

As per the reports, PUBG Mobile dominated the entire Indian scene with unmatched viewership than any other title in the country. The top ten list of event popularity based on viewership has revealed a shocking fact that nine out of the top ten events were led by PUBG Mobile. The only other tournament that matched this scale was a Free Fire event.

PUBG Mobile was the leading esports title for the country until recent times. This data shows the game’s popularity before it was banned in India. PUBG Mobile was reaching new heights and also showing promising results in the international circuit before the ban hampered its flourishing esports ecosystem. Free Fire enters the fray but still remains unmatched in terms of PUBG Mobile’s popularity.

The reports also mention PC titles that can be seen in the leaderboards for some times. The names include CS:GO, DoTA 2, and Call of Duty Warzone battle royales. League of Legends is not very popular in India which is quite the opposite for the world.

Mentioning the success of battle-royale games in the country, the report cites the Call of Duty Warzone Streamer championship held as a part of Twitch Rivals as a proof of the status of India as the “land of the most dedicated fans of the battle royale genre.” 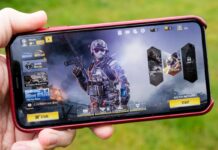