The newly formed brazilian team just announced through their twitter that the team, will not be attenting ELEAGUE Boston Major 2018 due to “immigration issues”.

The organisation stated in a follow-up tweet that they “worked incredibly hard with industry-leading immigration lawyers since the day we signed the players to get them here with plenty of time to spare.”

We are disappointed to share that due to immigration issues, the 100 Thieves CS:GO team will not be attending the upcoming Boston major. It goes without saying that this is devastating for the players and for us. We are truly sorry for them and their fans.

ELEAGUE has just confirmed that, “unfortunately, 100Thieves has not been able to secure visas in time to be eligible to compete in The ELEAGUE Major: Boston. We will identify a replacement through the use of decider matches, formatted in collaboration with Valve, that will include the team(s) finishing The New Challenger stage with a 2-3 record who also faced the strongest performing opponents. The team to perform the best in the decider match(es) will replace 100Thieves in The New Legends stage set to begin Friday, Jan. 19, at 10 a.m. ET on Twitch. ”

The Eleague major would have been the first LAN debut for the brazilian lineup :

Their replacement will be drafted out of the teams with a 2-3 record, as announced by ELEAGUE shortly after their withdrawal. This will be done through the method of, at least one, decider match between the teams that “faced the strongest performing opponents.” 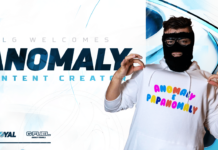