VALORANT : All you need to know about Fade, developer Q&A inside 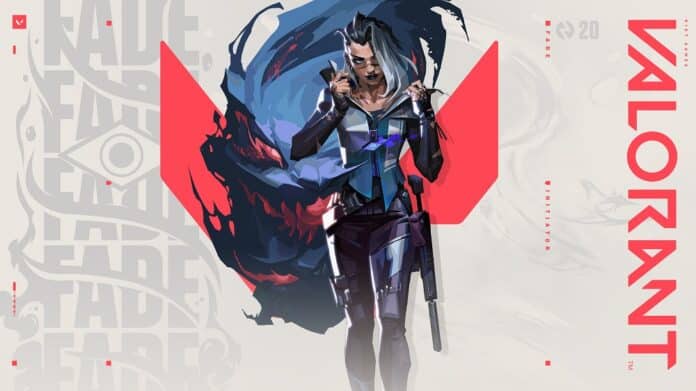 With a new Valorant agent promised in Act 3 Episode 4,  a plethora of leaks previously suggested that the next new face would be an initiator, scaling up to the abilities of Sova and Cypher, derived from the hints of their abilities and fighting style.

Neon was the last agent to drop and created quite a ruckus with its explosive fighting style and abilities, which suggests that the new agent will be somewhat far from it.

Just like Sova tracking enemies with his recon and Cypher with his trapwires, players would feel a whole lot more intimate upon hunting down enemies with Fade, the currently dubbed persona of an Initiator.

As we all can decipher, no other agent than Sova, Cypher or KAY/O would help us hunt for intel and with the addition of Fade to the roster would indeed shake up the whole meta if you fall into the role of an initiator.

In an exclusive Q&A with Game designer, Mr Nicholas Smith, we learnt about what led the team to idealize Fade during the agent’s development.

“The intent is to create a competitor to Sova that plays out differently. Fade brings recon to a personal level, more potent in a localized area (doesn’t have mapwide potential like Sova). We wanted to keep the player close to the action and always in-body. So that meant no posessible utility or different states of being (i.e. Drone/Wolf/Astral Form) Also wanted to have a recon character that was less reliant on line-ups.”

Fade has finally been revealed by Riot Games and will join the ranks of Valorant from April 27th onwards. Here are the list of her abilities which do already headline her prominence over other agents.

● EQUIP a nightmarish entity. FIRE to throw the orb which will plummet to the ground after a set amount of time. Upon hitting the ground, the orb will turn into a nightmarish entity that will reveal the location of enemies caught in its line of sight. Enemies can destroy this entity. RE-USE the ability to drop the projectile early in-flight.

Haunt resembles Sova’s Recon Bolt or vaguely KAY/O’s Zero/Point. In short, Fade’s Haunt will help us to reveal enemies beyond our hindsight.

● EQUIP an orb of nightmare ink. FIRE to throw the orb which will plummet to the ground after a set amount of time. Upon hitting the ground, the ink will explode and create a zone in which enemies who are caught in it cannot escape the zone by normal means. RE-USE the ability to drop the projectile early in-flight

Seize would work just like Sage’s slow orb. Once triggered it would hold up enemies for a certain period which would make them vulnerable until they could make the run for their lives.

● EQUIP a Prowler. FIRE will send the Prowler out, causing it to travel in a straight line. The Prowler will lock onto any enemies or trails in their frontal vision cone and chase them, nearsighted them if it reaches them. HOLD the FIRE button to steer the Prowler in the direction of your crosshair.

The Prowler can track enemies once triggered while it can act as Raze’s Boom Bot.

● EQUIP the power of Fear. FIRE to send out a wave of nightmare energy that can traverse walls. The energy creates a trail to the opponent as well as deafens and decays them.

The Nightfall is the ultimate of Fade which would lead us to the enemy and decay them over time.

“From an ability perspective, we took inspiration from Camille’s ultimate from League of Legends for Seize (Q) as well as the development naming of the character, “BountyHunter.” Seize was the sort of “bola strike” or gotcha moment to us when you’ve cornered the prey and want to ensure they can’t escape. I think it can be used in a multitude of ways, but producing a trail, and seeing where the enemy has run and then capture them is the dream play,” continued Mr Nicholas.