The Taiwanese manufacturer of computer hardware and peripherals recently announced the addition of it newest range of series, Racing motherboards. As the name sounds cool, the design is even cooler which gives you temperament of fast speed and velocity. Biostar B150GT5 Racing Motherboard is the newest addition to the Racing segment and we are ready to go through the product for our readers.

As we receive this beautiful piece of Motherboard from Abacus Peripherals, the feel gives you chills when you see the naked board electrified. The packaging, design and quality is commendable and as we approach towards un-boxing, it will become better with time. Here we go.

We all have had our good, great, bad and worse experiences with packaging stuffs from hardware companies, where it is a high-end peripheral or your regular bread and butter, the product’s 70% of performances and 100% of consumer’s psychology depends upon the packaging of the product. And Biostar knows that somehow. 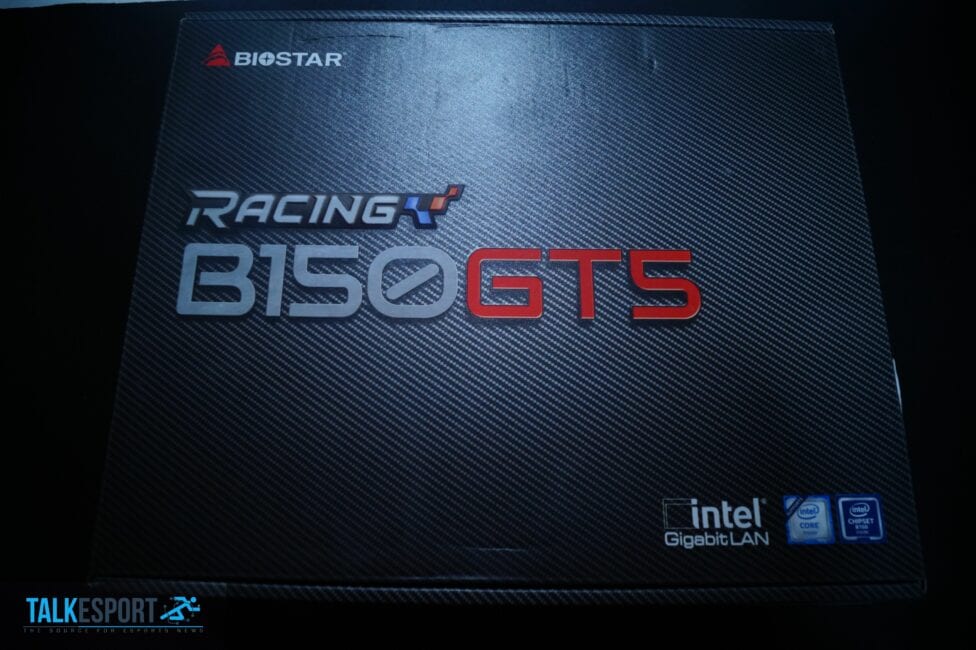 There is a lot to discus about this fantasy. It is thrilling, it is overwhelming and what not. The features are too much to discus so we decided to shortlist some of the important one’s to make the purchasers aware of what are they buying, the technical specification will however appear in the next section. (and no I am not depended on the psychological part completely) 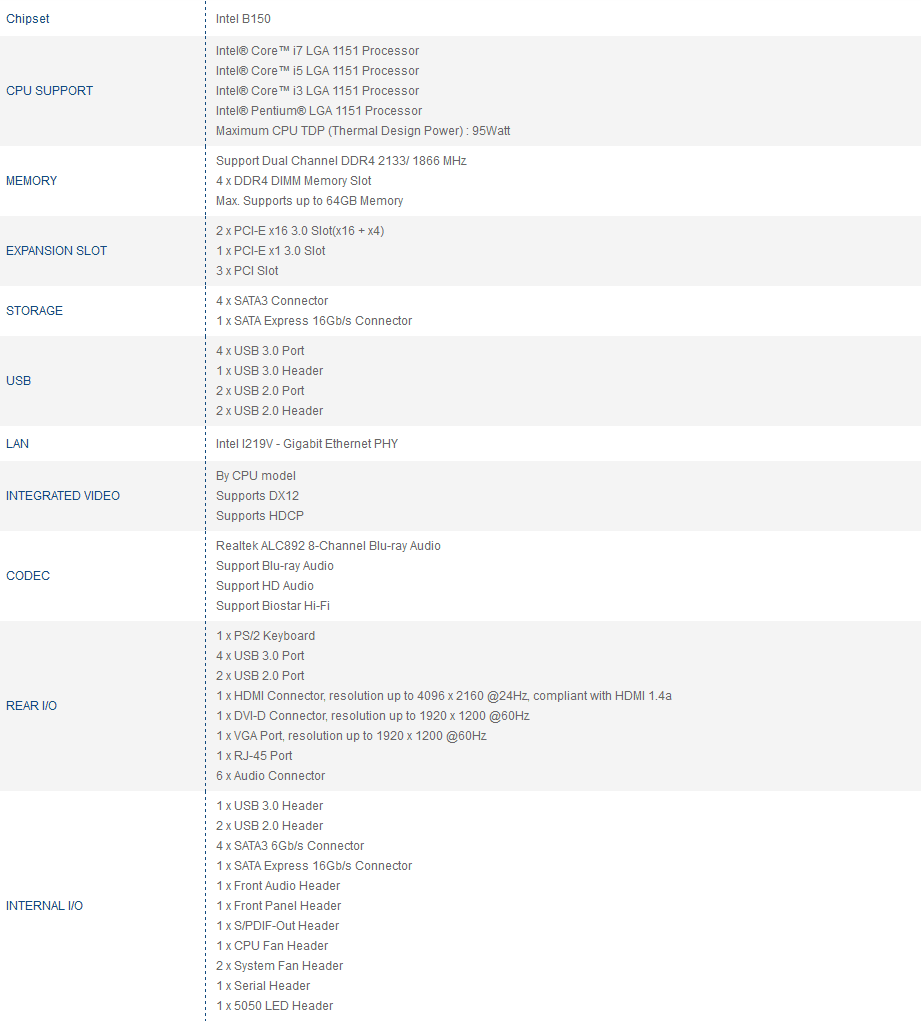 Interest of conflict or the feel of contradictory thoughts, what hurts you the most? If you are a gamer, you’d love to have a see-through cabinet so that you can keep starring at the inside and find this extra-ordinary piece of stuff. But if you aren’t lucky enough to have a space close to your computer screen, you’d feel naive to have it somewhere out of your vision.

The classical type of motherboard which is easy-to-assemble and you’d be quiet convinced as well by looking at the way the ports and chips are covered. Gone are the days when you had to hire professional hardware engineers to setup your MoBo, Biostar eliminates that hesitation and motivates you in installing the motherboard yourself and experience the fun. Not your regular blue background with DOS fonts and formats. The Biostar BIOS Interface looks cooler than any other usual available. BIOSTAR has reskinned the UEFI interface, a portion of the well-being reporting gadgets have been re-masterminded while the fundamental menus have stayed in the same area as some time recently. 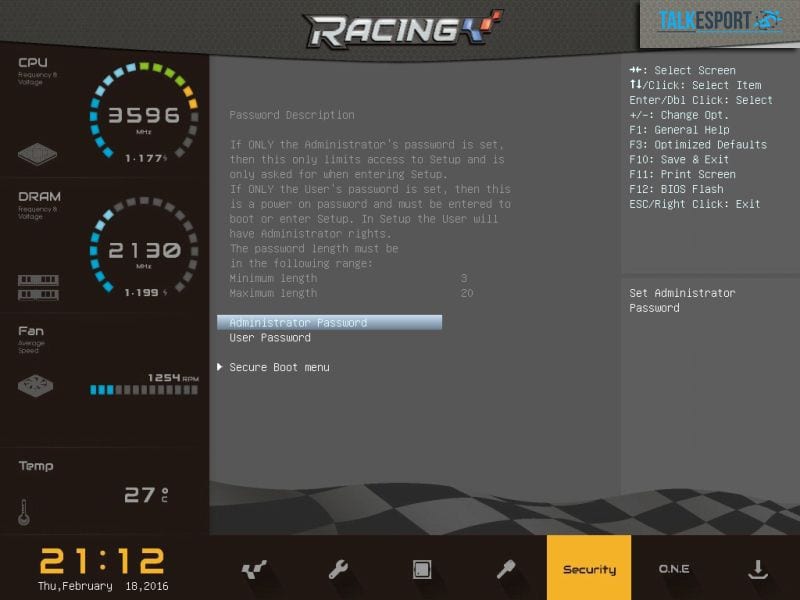 The Main segment tells us some data with respect to the current BIOS fabricate, the at present introduced RAM amount and running rate, however here we will be additionally ready to choose the interface dialect and change the framework date/time:

The advanced section gives us an overview of the settings available:

If you are not a hardcore Hardware enthusiast, this is not for you. Head over to the conclusive report of this product to get to know our opinion on this product in this price segment. But if you like to screw the nails yourself check out below the performances benchmarks and motherboard depth information from some of the bench-markers available. 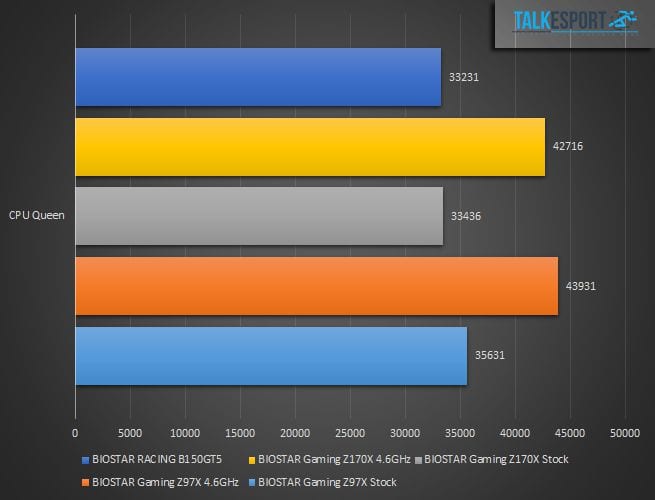 Keeping in mind the name-tag of the segment, Biostar made the Racing B150GT5 a mainstream board for regular users and high-end usage which means, there is not much to tweak other than what’s already available from the manufacturer. If you are a high-end user with no intentions of tweaking or overclocking, this defines the product. For much to grab the attention and added feather to the cap, an extra LED strip is spared in the box which can be connected to the headers. The base clock however, differed while comparing it with Gaming Z170X which had values over 100Mhz of the CPU frequency. But as said, the difference in performance of the board is inconsequential.

Other than another board look, we could see a re-skin of the UEFI interface, and RACING B150GT5 does likewise accompany a RACING GT programming, which permits us to perform more conformists, incorporating work with the LED setup (Vivid LED DJ). So far we have seen that the LED setup from RACING GT application is somewhat risky in light of the fact that it doesn’t fill in as it ought to (blending between modes, does not spare settings, tossing a blunder at startup) furthermore it is 100% subject to the applications, implying that in the event that you don’t utilize the application, you won’t have the capacity to turn on the LEDs.

We have proposed a few arrangements like the incorporation of the LED setup inside UEFI, yet we were informed that with the present equipment setup it is unrealistic. We do expect an overhauled RACING GT application which will illuminate the “invalid pointer” blunder and will make sparing of profiles inside the application conceivable. 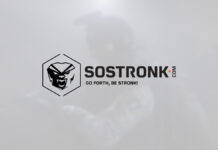