19th March 2020 marks the beginning of the third stage in the PUBG Mobile South Asian pro circuit, the PUBG Mobile Pro League. The top 14 Indian teams alongside the top 6 from South Asia will clash in this online tournament to reserve a birth at PUBG Mobile World League 2020. Out of the 20 participating squads, the dominant 5 which rise to the top of the table will advance to the next stage. Here are 5 squads you need to keep an eye out for:

Globally renowned esports giant, Team Solo Mid partnered with India’s one of the most successful lineups, Entity Gaming. This power-packed squad has a long list of achievements to back their supremacy in the Indian PUBG Mobile scenario. Their active roster is a perfect combination of experience backed by raw talent. This squad managed to place first at a minor tournament going by the name of PUBG Mobile Mafia Cup Season 1. They placed 1st at PMCO Fall Split South Asia 2019 and went on to represent the country at Vodafone 5G ESL Open Milan 2019 and bagged an impressive 4th place finish. They also managed a top 5 finish at PMCO Spring Split 2019. TSM Entity is a directly qualified squad for PMPL 2020 South Asia and their active roster is as follows:

Often regarded as the pride of the Indian PUBG Mobile scenario, Team Soul is the inventor of the concept of competitive squad gameplay in the game. Lead by Namant Mathur also known as “Mortal”, a veteran player of the game and the biggest streamer in the country, Team Soul brings to the table some impeccable experience and flair. Their most notable achievement is a first-place finish at PMCO Spring Split India 2019 where they walked away with a prize amount of $60,000. Soul also placed first at PUBG Mobile India Series 2019. Their latest addition is Fnatic’s ex-player “Sangwan” with whom they have spent a great amount of time practicing for this very tournament. Team Soul finished 2nd at PMCO Fall Split South Asia 2020 which helped them bag a direct qualification for PMPL 2020. Their current active roster is as follows:

This Indian PUBG Mobile moniker is often regarded as the definition of consistency. Known for its consistent and never changing rankings, table positions and stable gameplay, Team Orange Rock a serious contender for the title. They qualified for this tournament by placing 2nd at PMCO Spring Split Indian Regional Finals and throughout the event, they maintained a stable top 3 position on the rankings table. They grinded through all the 3 stages and left behind a big chunk of newcomers as well as veterans which makes them such a promising squad. It is a rather unusual coincidence that the team placed 2nd at the Semi-Finals as well as Regional Finals of PMCO Spring 2020 against a mixed bag of squads that asserts their consistency itself. The current roster is as follows:

Owned by renowned Indian streamer/player KronTen, this roster has revamped the meaning of the word aggression. GodLike has been a part of the Indian scenario for a long time and over time, their gameplay has evolved and now stands at its ever best. Topping the table at PMCO Indian Regional Finals 2020, this roster comes at PMPL with a hunger for victory depicted by their aggressive style of play. Never failing rotations, squad house ambushes and gunfights makes them a fearful team to be pit against. They also placed 2nd at Mafia Cup Season 1 alongside a 3rd place finish at PUBG Mobile Star Challenge 2019. Their current squad stands as follows:

On October 18th, 2019, a revolution began when the first international esports organization, Fnatic stepped into the Indian mobile esports scenario and picked up a PUBG Mobile squad. This roster is a literal star squad comprising of the biggest names in Indian PUBG Mobile. Fnatic has a reputation for last-minute comebacks and a gruesome gunfighting style where they take upon the opponents head-on without a tinge of fear. More than anything, this team is regarded as a fan favorite owing to the arsenal of popular streamers and content creators like ScoutOP and Ronak. The entry of coach Aurum elevated the team’s gameplay to new heights as they are the champions of PUBG Mobile All-Stars India 2019. They tore through the best of Indian squads and also ended up winning the mastery scrims for PMAS 2019. A deadly sense of gameplay backed by crowd support is what makes this team a serious contender. Their active roster stands as follows:

PUBG Mobile Pro League South Asia will kick off on 19th March and will be an online tournament instead of a LAN owing to the outbreak of coronavirus. 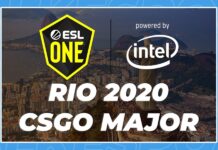 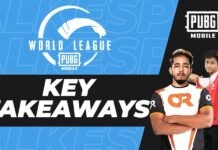