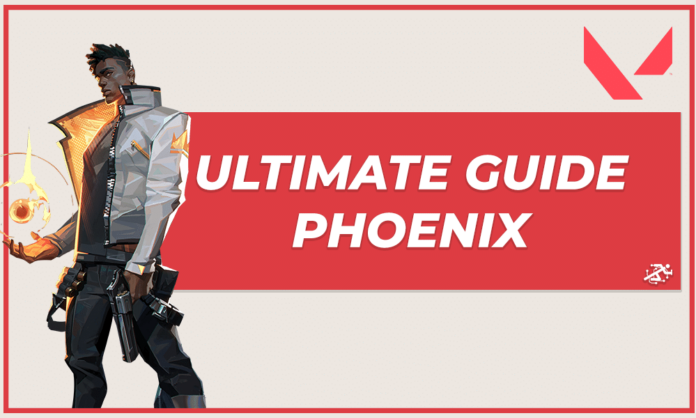 Phoenix, a duelist, is rightly a go-to option for the starters. His abilities are neither complicated nor something out of ordinary. He can throw an incendiary to clear corners, create a blazing barrier or pop flashes around the corner. The former two can also, just in case, heal himself.

He is a self-reliant agent that can make plays and even heal itself, at times. In contrast to other duelist agents (Raze & Jett), Phoenix is, indeed, a team player. His ultimate respawns him if he dies within 10 seconds of using the ultimate. He can primarily use his ultimate to make plays to clear a site, pick up a dropped spike from the clutches of enemies or clutch a round.

Blaze is a flaming wall that lasts for about 6 seconds. It can eventually help to slow down rushes while defending a site. On the contrary, Blaze can block vision or disengage enemies at usual spots. However, the enemies can pass through Blaze losing minimal health.

Blaze is worth 200 credits and can be used only once in a round. Like Hot Hands, Blaze can also heal Phoenix for about 70 health. Bear in mind that the blazing wall will be built forward and it can also be bent in the direction of the crosshair.

Worth 200 credits each, Phoenix can purchase a couple of Curveballs each round. Curveball is a flashbang grenade that can blind enemies (and even your teammates) when popped through the edge of a corner. The range of Curveball is quite narrow and should only be popped when you are around the corner.

Rookies are, rather, advised to look in the opposite direction right after throwing it to reduce the impact of flashing themselves in case the flash pops off prior to the corner of the surface. Right clicking the mouse while throwing Curveball will pop the flash in the right direction and vice-versa.

The Curveball can also be thrown from above the surfaces while aiming upwards. They are highly effective while entering a site or clearing usual suspected positions. This ability is what makes Phoenix independent and helps him clear sites single-handedly.

Brit’s signature ability is Hot Hands. Being the signature ability, it obviously requires no credits. On killing two enemies, the ability is refilled for one additional charge. It is essentially an incendiary that sets up fire in a small ring and causes heavy damage. It can help in flushing out enemies from sneaky corners or stop rushes on sites.

Even though friendly-fire is disabled in Valorant competitive, Hot Hands can even set your teammates on fire. So, use it carefully. Although this ability damages both your enemies and your teammates, Hot Hands can heal your health upto some 45 odd points. It cannot be thrown over at long distances and perhaps is the only drawback.

Ultimate – Run It Back

Confidence is the key to winning aim-duels. The Phoenix is high on confidence when he uses his ultimate. Run It Back puts a marker on the map on his initial location and provides a 10-seconds window to run around like a savage and pick up aim duels against enemies and if not, gather crucial information. If he dies within the timeframe, he will be respawned at the initially marked location on the map.

The ultimate ability for Phoenix is unlocked when he has grabbed 6 ORBS. Equip Run It Back when having a safe cover, or else, your enemy is likely to kill you after the 10-seconds window. Phoenix’s ultimate has several perks while planting spike in a 1vX situation or recovering spike from enemies’ cover.