Sports apparel giant Adidas is set to launch a pair joggers in collaboration with Fortnite star Tyler ‘Ninja’ Blevins. The sales will commence on 31st December at 9AM GMT. This collaboration will mark on of his biggest foray for Ninja outside the gaming industry and will act as a measure for brand expansion.

Ninja explained earlier that his move to Mixer was aimed at globalizing his brand and his wife gave a deeper insight on the matter to Business Insider, she unraveled that the deal offered by Twitch would hold them back from stepping into other industries which went against Ninja’s ambition of expanding his brand. Launching a pair of shoes at such scale is the most notable step to be taken towards his dream by Tyler after joining Mixer.

The shoe is based on regular joggers but with Ninja’s blue theme all over it. The quarter panel and the heel counter is filled in blue with “NINJA” written on them in classic yellow Ninja font. White heels with yellow accents on the out sole which matches the inside of the shoe. “TIME IN” has been written on one of the pair on the inside edge to add to its uniqueness. The outer edge has the Adidas’s signature triple stripes besides their branding on the tongue.

Although letting fans wait to get their hands on such merchandise has been a classic move by brands to build the hype and rightfully so its paying off for Ninja. Prominent personalities have got their’s and nothing but positive review is coming out from them with Keemstar publicly praising the shoes in his YouTube show Drama Alert. 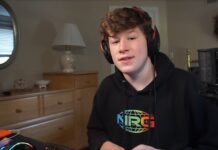 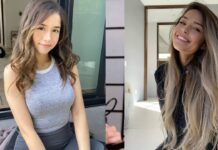 Valkyrae Surpasses Pokimane As The Most Viewed Female Streamer Of 2020

xQc is the most watched streamer on Twitch 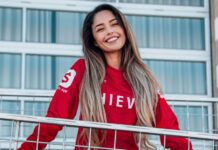 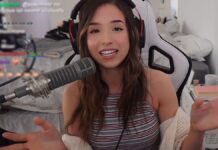 Pokimane Explains How She “Made” OfflineTV