After weeks of speculations of Summit1G signing an exclusive deal with Mixer, a Microsoft streaming service that has managed to grab some of Twitch’s biggest streamer, Twitch quickly made moves and re-signed popular streamers – Jaryd “Summit1G” Lazar, Brett “Dakotaz” Hoffman, and Josh “JoshOG” Beave, members of the management company “Loaded.gg”.

According to a press release by Loaded.gg, all 3 streamers signed “multi-year content deals”, details of which weren’t disclosed.

In an announcement Tweet accompanied by a video, Summit1G made it official by saying:

In a statement, Michael Aragon Twitch’s SVP of content said:

As more players enter the streaming platform war, companies like Google, Facebook, and Microsoft are using their banks to rope in more streamers from Twitch. With Twitch feeling the pressure due to exodus of streamers, the Amazon company also started re-signing its streamers. So far Twitch has re-signed Ben “DrLupo” Lupo, Timothy “TimTheTatman” Betar, and Saqib “Lirik” Zahid in December and Guy “Dr Disrespect” Beahm in March. 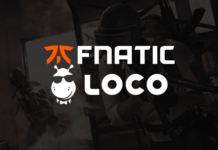